This past weekend, my husband and I were blindsided by the news that previously-very-close friends had divorced this month, after nearly 34 years of marriage.  While our friendship with this couple had changed in the last decade, there was a period of time when we were extremely close.  We spent Sunday afternoons and holidays together, evenings during the week; we even lived with them for a time when we were between houses.  Due to my Enneagram 9 inability to tolerate conflict, though, I backed away from the friendship for awhile, but in God's time, we were reconciled, and while not as close as we had been, a solid friendship has remained between us.

Thus, when we learned that they had divorced, we were shocked beyond belief---I mean, this was a couple we thought had a strong marriage.  We were also grieved to our cores---not only because of the heartbreak to the party who was "left" and for the inevitable "splitting time" difficulties now looking at their adult children and young grandchildren, but even more, because they are Christians.  The leaving party professes the name of Christ and in the past had expressed sorrow at the rate of divorce within the church.

I recognize that I don't know the full story, but from what I am able to tell, I'm pretty sure, the divorce did not come about because of adultery.  It seems like there had been "problems" and a "growing apart" for years and the one party just couldn't take it anymore, so they sought a divorce.

It is not my place to judge---only God knows the true circumstances behind their divorce. So judgment isn't the reason for this article.  Rather, I am so floored by this situation that it has served as a wake-up call for me in my own marriage.  Here are a few things I am pondering right now: 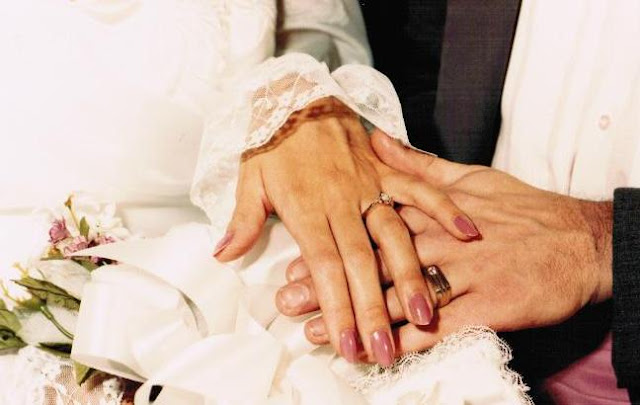 1.  There but for the grace of God, go I---Gary and I have weathered storms in our own 34-year marriage, and I think we are strong right now, but I don't want to ever think we are incapable of being destroyed like this.  The enemy of our souls prowls around like a hungry lion, seeking to devour Christian marriages.  If this devout couple can fall prey to his schemes, so, then, can Gary and I.

2.  I must guard my marriage and pray for it daily---If I'm not praying for my marriage, I am leaving it unprotected and ripe for the enemy of my soul to move in for the kill.

3.  I must make sure communication stays strong in my marriage---This is a hard one, as my husband isn't a huge talker anyhow, and by the end of his work day, he is often talked out and ready to just sit quietly in front of the TV for awhile.  But we will need to make the effort to share our hearts daily.

4.  I must show love to my husband in tangible ways---I say "I love you" several times a day, but words alone aren't enough.  I need to do better about speaking his love language (acts of service) and showing love in the way he best receives it.  I must also regularly let him know how thankful I am for him.

5.  I need to refrain from nagging---Thankfully, my nagging is pretty much a thing of the past.  Ever since I became content where I live, I haven't been badgering him every single day to move us someplace else.  I'm not the angry, bitter person I used to be.  Still, the more I look for the good in him and focus on that---even praising it---instead of pointing out only negative things, the more harmony there will be in our marriage.

I'm sure there are plenty of other ways to safeguard my marriage and build it up, but these are the things uppermost in my mind right now.

Email ThisBlogThis!Share to TwitterShare to FacebookShare to Pinterest
Labels: marriage

Thank you so much for stopping by and for taking the time to leave me a comment. Your visit beautifies my day! 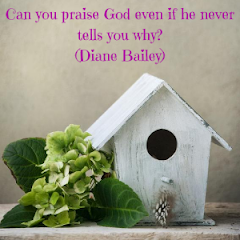 Receive inspiration and encouragement in your inbox

What I write about